How to Repair Broken AVI on Mac?

AVI (Audio Video Interleaved) is the multimedia file format which was developed by Microsoft. AVI files are independent of platform and this file format doesn’t require any special software or hardware device. AVI files contains both audio data and video data in a file container by which synchronization of audio and video  is obtained when a AVI file is played.  AVI file format can be used to create DVD, which can be played on any DVD player and in addition, you can effortlessly play AVI files using media players like Windows Media Player, GOM player, VLC Media player etc. Therefore AVI files are the most commonly used file format.


These days the common format preferred for uploading movies over internet is AVI because as it provides good quality audio and video. But sometimes due to broken frames in audio stream or video stream makes the AVI file unplayable in different media players. If the AVI file is broken, it may result in soundless video or at times video stops while the audio continuous. Also, sometimes video gets skipped making the view impossible or other frustrating errors which are caused due to broken or corrupt AVI files. But don’t worry! Luckily with introduction of advanced Video Repair Software you can easily repair broken AVI Mac and come out from such unlikable situations.

Reasons due to which AVI files gets Damaged:

If AVI is broken or damaged due to any of the reasons listed above or by any other reason, then no need to worry much as you can repair broken AVI Mac and use it by means of suitable repair software. One of the most preferred software is Video Repair Software, which is equipped with special features compared to other software. This software repair broken AVI Mac by keeping the original file unchanged. Apart from AVI file, this software can also repair damaged DIVX and XVID files on various devices like Hard Drives, Memory Cards, USB Drives and iPods etc. This software supports both windows and Mac platform, in Mac only 64 bit is supported. This software is even considered as one of the best software to repair HD Video files. Hence, it is one of the most recommended software to perform broken AVI repair Mac process within minutes.

Step 1: Download and Install the demo version of the software and run the software to repair broken AVI Mac. Browse the AVI file that has to be repaired and then click on “Repair” button to perform AVI broken repair Mac process. 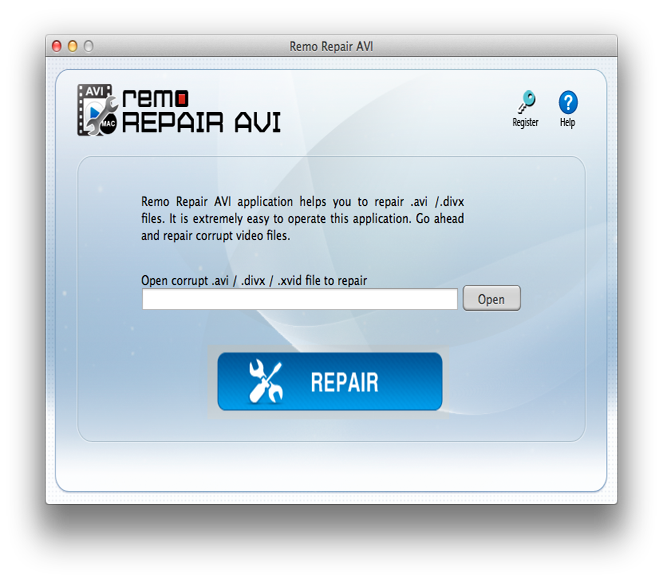 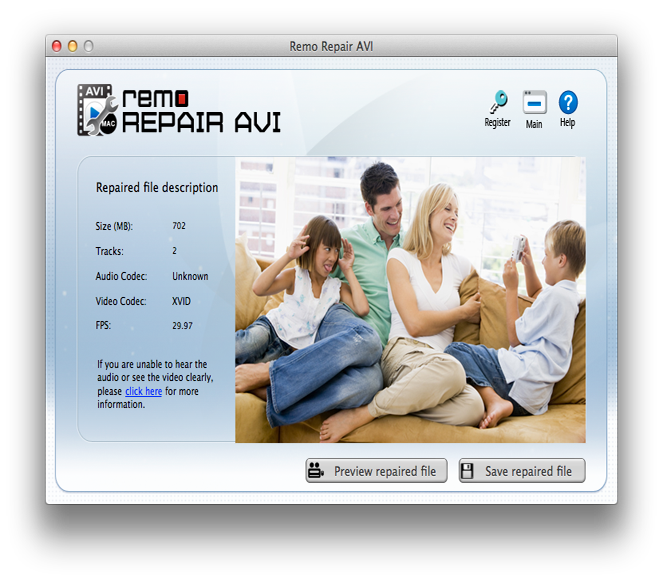 Step 3: Now, using “Save” option you can save the repaired AVI files to your desired location on computer. 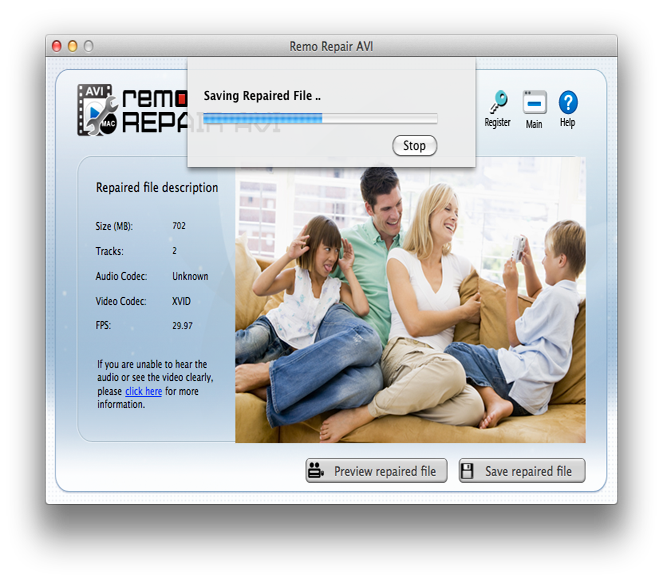